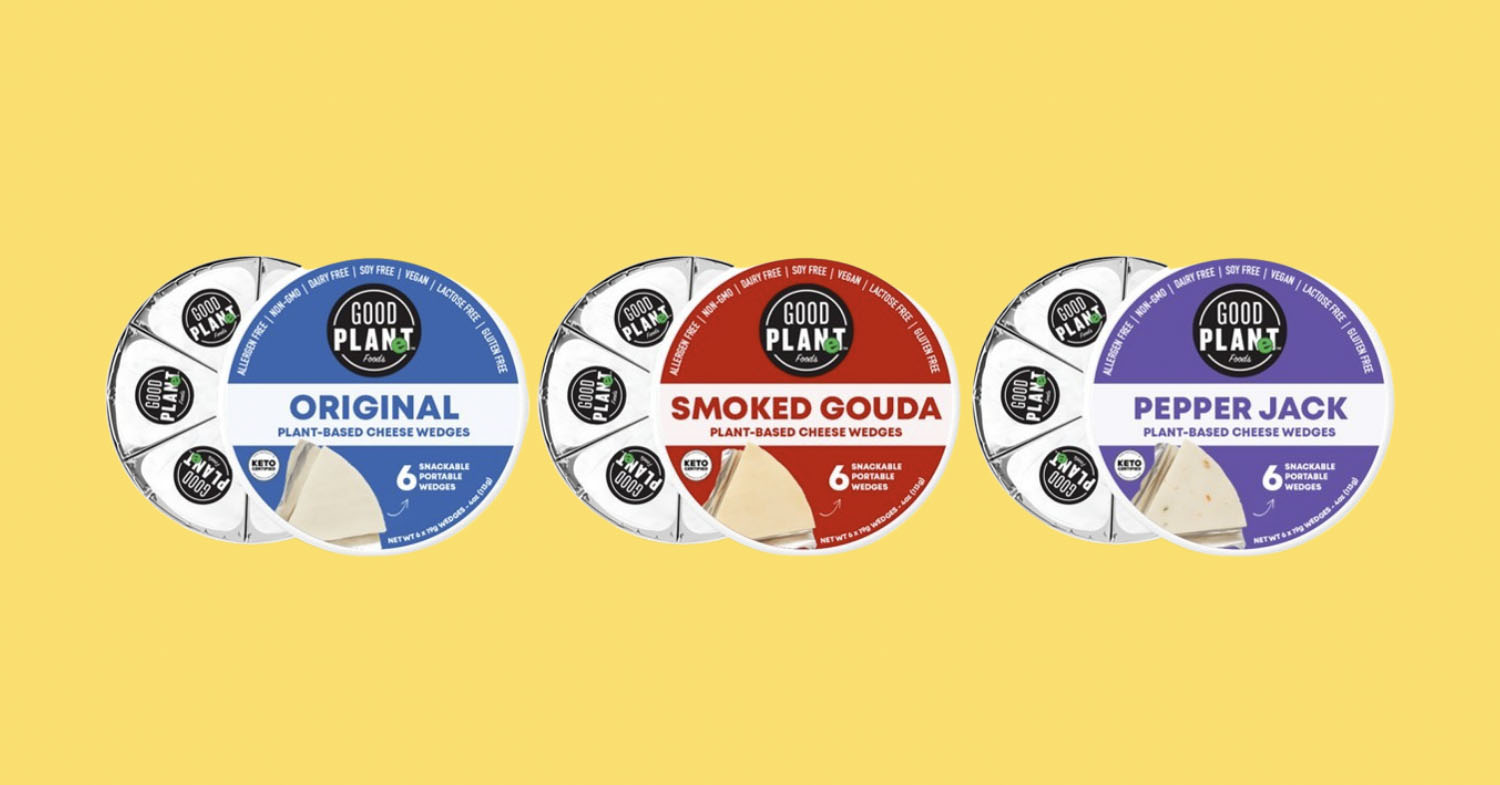 In lieu of dairy, the plant-based wedges feature coconut oil and chickpea protein. They join the brand’s range of other non-dairy cheese products, including shreds and slices.

The new vegan cheese product comes amid a growing demand for plant-based foods. According to a recent study, the vegan cheese market, in particular, is booming. It valued the sector at $2,705.00 million in 2019. It’s projected to increase by 7.1 percent over the next six years to be worth $ 4,651.68 million by 2027.

“The plant-based cheese segment is growing extremely fast. But the potential is far greater than we are seeing,” GOOD PLANeT’s co-CEO, Bart Adlam, said.

“We are committed to growing the segment by making it easy for consumers to make a sustainable choice and choose plant-based,” he added. “With this innovation, we are delivering an Allergen Free, keto-certified, plant-based snackable cheese wedge that delivers all the creaminess, satisfaction, and taste of dairy cheese.”

The rise of vegan cheese

Vegan brands like Miyoko’s Creamery, Daiya Foods, and Violife all carry plant-based cheeses. And they all melt, stretch, and taste similar to dairy cheese.

But non-vegan brands are also responding to consumers’ desire for more plant-based products.

Kraft sent Twitter into a tailspin in July after it launched a vegan mac and cheese, which features noodles and a plant-based cheese powder just like the dairy version.  “Sweet lord I am praying this tastes like the colour orange as it’s all I’ve ever asked for in vegan boxed mac & cheese,” one Twitter user wrote.